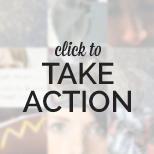 Two years after Hurricane Maria devastated Puerto Rico and left thousands dead and displaced, the Trump Administration is still blocking the release of federal aid to the island. President Trump and Department of Housing and Urban Development (HUD) Secretary Ben Carson are stalling the release of $18 billion authorized by Congress for Puerto Rico. This funding is being illegally withheld and Democratic Members of Congress are threatening to sue or defund a portion of HUD. Trump’s ongoing anti-Puerto Rico agenda– to deny 3.2 million Puerto Ricans funding—is based on racial and ethnic prejudice, petty politics, and a calculated agenda to...
[Source: actionnetwork.org] [ Comments ] [See why this is trending]

By removing ‘racial segregation and inequality’ from its definition of fair housing, HUD is sending a dangerous message - Stats

Federal aid for L.A. homelessness hasn't materialized. If it does, don't expect 'the calvary' - Stats

Would Donald Trump Be a Pro-Abortion President? - Stats